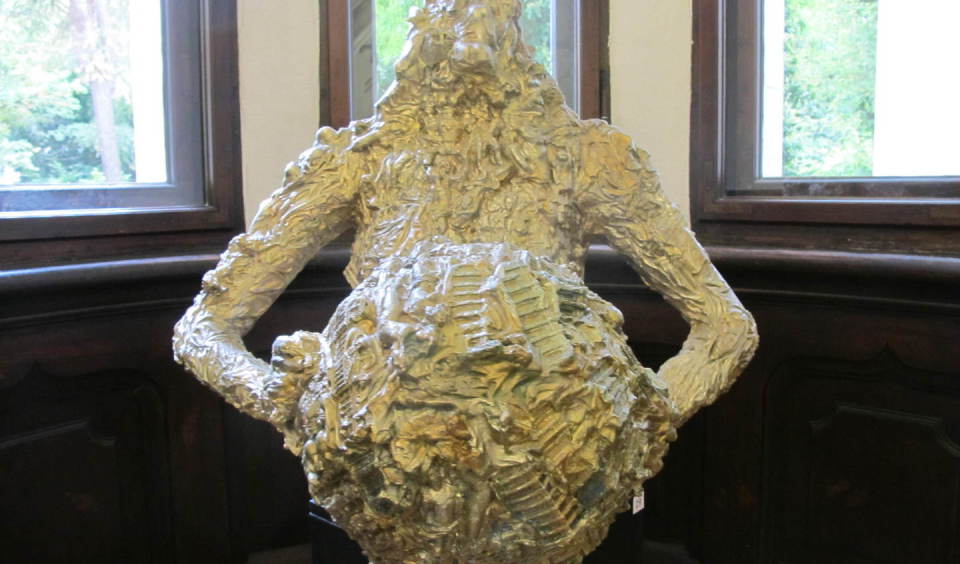 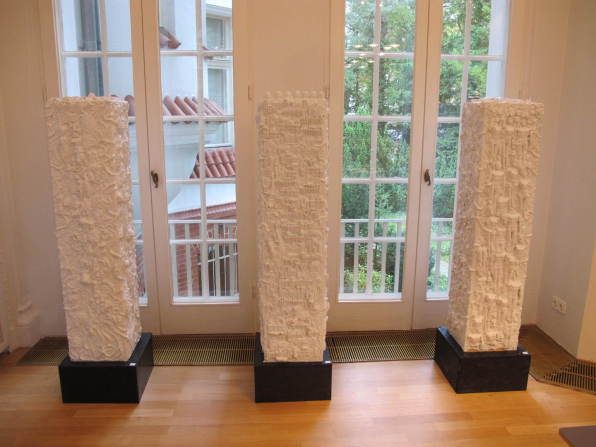 Neropolis. The new unborn Roma. The fantasy of an iron artist where the inner side is about to blow up outside through the sculptural body. The revenge of Nature into 21th century against toys and machines, or technological exaggeration. Oecumenical Eve and Adam descendants trying to survive in the centre of « Universe Morphose ». A clairvoyant transcultural view from Bruno Di Martino.

He's famous in the Art market.

He put on display several important works of art at the Carrousel du Louvre and Grand Palais. In big companies such as Sony too. This european paintor and especially sculptor born in France but living in Berlin with jewish and italian origins get a name in the fine art society.

Nowadays We Art Together Gallery is glad to introduce his work.

Likely a contemporary Arcimboldo mastering sculpture, and using colors as few paintors could be able to paint, his work comes from differents origins and epochs far or near of us.

When we look at his art full of metamorphosis we think about Ovid.

Gothic, his sculptures wear the track of a mystical wildness with snakes, bears and big cats.

Belonging both to Arcimboldo and Swift the striking reading of the world inside which one in each detail painted or sculpted a universe has been closed unless the perfect harmony nor the sense of the whole work was damaged.

At last we remember Farnese collection when we remain front of the classical beauty of the « Univers Morphose » design and heard Wagner when we admire the heroic tension of the sculpture : Labyrinthe de l’Esprit (Maze of Mind).

The « Aura » of Romantic animal sculptors, or tigers from Douanier Rousseau and coloured symbolism of Odilon Redon can be also evoked through his acrylics.

The Belle Epoque is all contained in the volutes motif. The mind of the satirist Robert Crump, imagination of contemporay Comic Strips and ironic glossy of Murakami too through the characters coming from strips. Bruno Di Martino uses toys in the aim to recycle plastic of what as usual cannot be recycled but whatever in order to recycle symbolic values for making better the triviality of modern society.

And yet, as far away art critic can conceptualize several and relevant echoes between his work and other productions, the immemorial art that Bruno Di Martini shares with us is above all a single handed, solar and wild show.

Nonetheless the artist is not so lonely. That’s the opposite.

His studio is located inside Tacheles, a former department store in the old jewish quarter heavily damaged during second war and damaged again in 1960 which now houses a self-organized collective of artists on Oranienburger Straße in Berlin-Mitte.

The art of Bruno Di Martino in osmosis with Tacheles resists by respecting Nature and Human, the past, present and all over. He understands that’s not necessary to destroy for creating. A keyMonolith.